The romantic baroque castle in Baumersroda was built in 1704-08. The entire estate was extensively reformed from 1875 and therefore has also features of the late 19th century. Thus, the servants house was extended by one floor. In the interior of the main house are located on the 1st and 2nd floor 4.20 m high rooms with intact ornamental stucco ceilings. 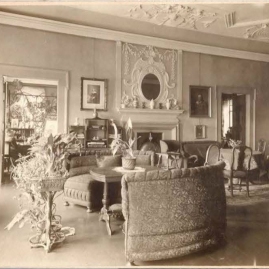 In the main building and in the annex building, all windows were changed in 1991, the entire roof surfaces were covered with monumental beavers and the 0l heating system was installed. The majority of the living space of the main and auxiliary building on the ground floor and first floor is partially renovated and with a simple, partially monumentally reconstructed standard immediately habitable. Chimney and chimney pots work and are used. In the garden is a renovated and fully usable garden house with wooden floor, stove, Finnish wood-fired sauna and glassed-in studio. The rooms in the main building and the outbuilding are bright and friendly due to the favorable orientation of the buildings.

The property has a total of 40 rooms and approximately 1200sqm. 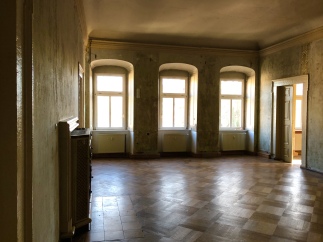 In the main building, as well as in the wing, a total of 29 beds will be available, divided into 5 single rooms and 12 double rooms. In addition, there will be a 90sqm fully equipped apartment on the ground floor of the mansion.

The seminar room on the second floor, with a size of 62sqm has retained its grandeur and convinces by two opposing medieval fireplaces, as well as five double doors, lounge and a library space. 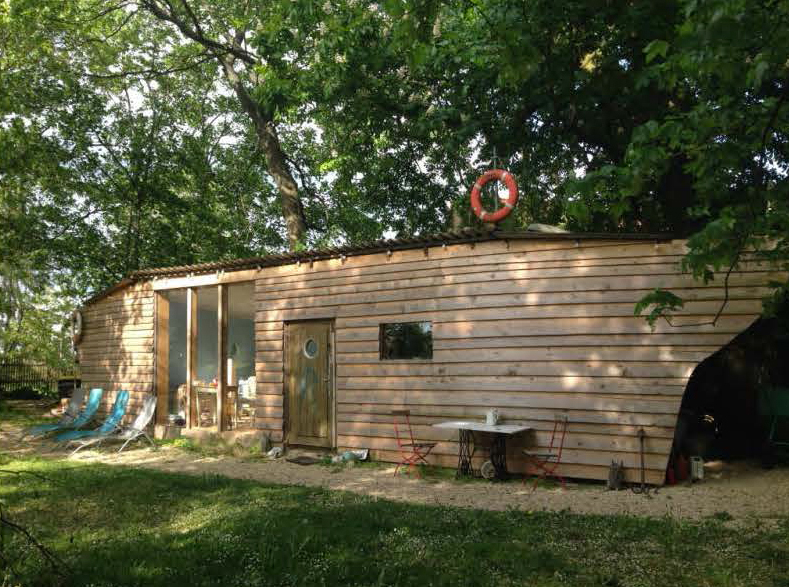 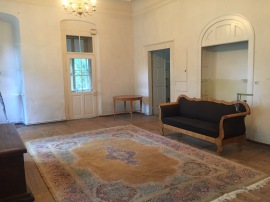 The castle is centrally located in Germany – nestled in fertile fields and forests corridors near Freyburg / U. The Geiseltalsee as Germany’s largest, artificially landscaped lake.

The cities of Naumburg and Weissenfels are in about 20 minutes and Halle, Leipzig, Jena and Weimar each in ca. 45 min. to reach by car.

Since august 2017 Ananda Leone is the owner of the mansion.

forward to:  2. The founders